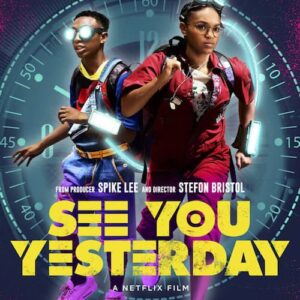 Netflix has just released their new spy-thriller film See You Yesterday. I was privileged to serve on the music team under composer Michael Abels. SYY is the story of two teen prodigies try to master the art of time travel, leading to a tragic police shooting which sends them on a series of dangerous trips to the past. It’s a highly entertaining cross between Back to the Future and Boyz n the Hood. SYY was directed by Stefon Bristol and written by Bristol and Fredrica Bailey. It stars Eden Duncan-Smith, Dante Crichlow and Astro.

SYY can be found on Netflix here, and the trailer is embedded below for your enjoyment: