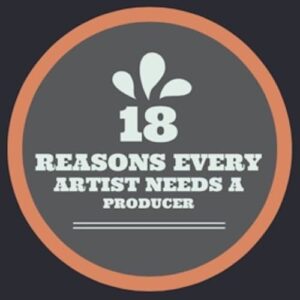 18 Reasons Every Artist Needs a Producer

Many indie artists who have done some writing and recording are sometimes fuzzy on the role of what a music producer does and can bring to a project. It’s an elusive role because it varies so widely from situation to situation, depending on the experience and specialty of the artist, the genre of music, and the budget level. But a good producer can take a project that would have been accomplished at a certain level and magnify it significantly. 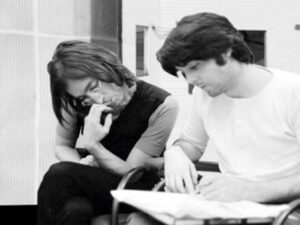 I’ve always found that musical collaborations in general often bring about a better result than going it alone. Lennon and McCartney needed each other to bring out the best ideas and veto the worst. The solo musician in his bedroom may have everything he needs to make an album in his laptop, but without cross-pollination from other musicians, writers, producers, and engineers, the project remains the work of one person instead of featuring the best of what a team can bring.

Every project and every artist is entirely unique, so while this list won’t suit every situation perfectly, here’s eighteen strengths that a producer can bring to a project.

1. Helping choose songs. It’s rare that a project begins in which every song is absolutely perfect just the way it is. A producer can be a vital second opinion in choosing which songs are the best ones for the project. 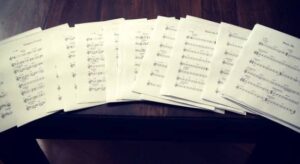 2. Chart preparations. Before you get into the studio, if you’re going to record with a band you may want charts. Some producers can do copyist work, or even just skeleton chord charts to give the musicians a guide. Other producers outsource this task to copyists.

3. Preproduction demos. Some styles of music are served better by having some tracks pre-produced, such as a piano or guitar and guide vocal recorded to a click. These usually won’t be kept in the final project, but having them pre-recorded before expensive studio time is a wise preparation.

4. Locating studios that fit the needs and the budget. Nowadays a lot of recording can be done at home, but if any live recording is needed (especially drums and other acoustic instruments or ensembles) a studio is the only way to get it done, and finding the right studio for the project and the budget can significantly elevate the quality of the finished project. 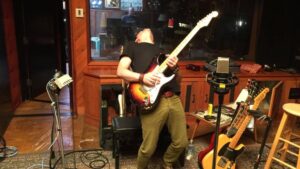 5. Helping source the right musicians to bring in for studio work. Studio musicians are a different breed than live musicians. Studio recording requires a precision and a creative ear for creating parts that translate well and mesh with the style.

6. Coordinating studio needs, such as an engineer and a hard drive. Walking into a large studio means you need to make sure someone is there who can help set up and patch channels and set up mics. 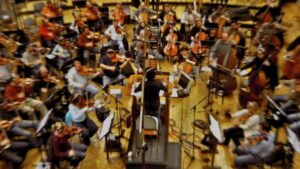 7. Coordinating large ensembles. For certain styles of music, it may require a choir or an orchestral/chamber ensemble, or a brass section. Ensembles typically need written arrangements prepared, and sometimes rehearsal. A producer may arrange or coordinate with an arranger, contractor, and players to have this ready.

8. Helping manage the budget. Whether you’re a self-funded indie artist, or have the support of a label, or raised funds using crowdfunding, a producer can help you look at what you have to work with, and make sure the best result gets achieved within that budget, and protect you from nasty surprises during the process.

9. A good producer knows how to run a session. He/she has a game plan for the session day(s) and works to keep things on schedule. 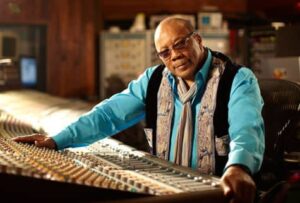 11. A good producer has the ear of the artist and knows how to serve the artist to make the best project possible. This includes being friend, psychologist, musical inspiration, problem solver, and creative thinker. 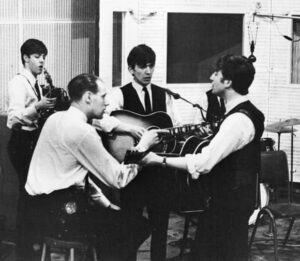 12. A good producer has a strong grasp of music history, past and present, and is able to call on ideas from historical and modern trends that help the song get to where it needs to go. Also, a good producer has a honed intuition for what’s most important to capture during the session, versus what can easily be overdubbed or edited afterwards. (“Overdubs” = additional recording done after the major sessions.)

13. Depending on the genre of music, many modern music projects require overdubs. The producer will help think through “what does this song need now” and strategize a way to record it.

14. Some producers do their own editing. Others outsource it to engineers. Either doing it, or coordinating who is going to do it, is important.

15. The same is true of mixing. Some producers are mixers too. Others have established connections with mixers. A great project can be destroyed by a poor mix. Good mixers are crucial to the quality of the project.

16. Coordinating mastering. Mastering is a job that shouldn’t be done by the mixer. But there are numerous great mastering engineers out there who can bring the final layer of polish to the project.

17. In today’s modern world of computer-based recording (which is how nearly all recording is done nowadays) there’s plenty of work doing simple data management. Who has the hard drives? Who’s making backups? What format is the producer, mixer, and mastering engineer working in or expecting files in? The producer can either manage, or delegate the management, of all this data.

18. A producer is also there to help handle less than ideal situations. What happens if someone on the project is not doing as good a job as hoped, or not exactly the job that’s needed? While the artist certainly has significant say in making that judgment, if the artist is not a confrontational type (or worse, if the artist is a sensitive type for whom face-to-face conflict would add unnecessarily stress to the situation) a producer can step in to protect and guide the project as a whole. 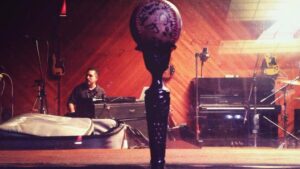 It’s extremely difficult to produce and perform your own material at the same time. They are two jobs that take place on two different sides of the glass. (“Glass” = studio parlance for the dividing line between the recording booth and the control room.) When one person performs on an instrument, another person needs to be on the other side of the glass to make on-the-spot decisions about how well the performance was captured. Did it mesh with the rest of the track? Was it well-recorded? Were there mistakes? (Not all performers notice when they make mistakes. Some mistakes translate differently once recorded. Some things the performer thinks are mistakes are good accidents!)

Even for an artist who is an accomplished musician, a producer brings a strength and a different perspective from the artist that can transform a project and take it to the next level.

Thinking about embarking on a project but don’t know any producers? Ask me. I actively produce, and I know a lot of producers all over the world who can help elevate your project.

I’ll let one of the most distinguished producers in all of music history, Quincy Jones, have the final word. Here’s his 2010 appearance on The Colbert Report, during which Stephen asked him that all-important question of what a producer does:

The Quincy Jones Legacy Series: Q on Producing: The Soul and Science of Mastering Music and Work

Phil Ramone’s Making Records: The Scenes Behind the Music