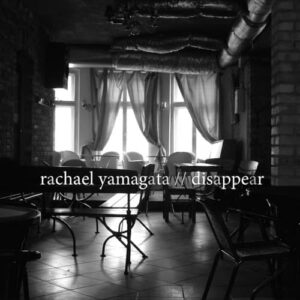 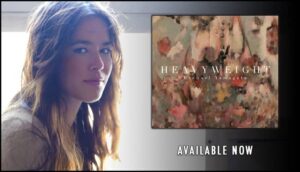 For the past two months, I’ve had my head down, composing the score to the upcoming feature film The Appearing, which is due for release in early 2013. A psychological thriller, the film is extremely dark, and therefore the music I’ve written for it (which will be released along with the film) has been intense and relentless. When I was approaching the end credits, I really wanted a female voice to give voice to one of the characters in the movie and break through the otherwise completely instrumental score, so I resurrected a song fragment I had lying around which fit the theme, and thanks to a recommendation from a mutual friend (the wonderful radio host Michael McCartney of The Time Machine in Hawaii), got in touch with Rachael Yamagata and invited her into the project.

This song, Disappear, is the result of our collaboration. Since Rachael was out on tour, we worked entirely remotely, sending demos and ideas back and forth, and within the course of a week, we were able to get this song written, produced, and mixed. Rachael is an amazing and accomplished singer-songwriter and I highly recommend checking out her latest EP, Heavyweight, her NoiseTrade album, as well as her prior releases.

The film is in the final stages of post production as we speak, and the score is being mastered in hi-res audio (96k 24-bit) as well as 5.1 surround. More information will be posted here as soon as it’s ready. Meanwhile, enjoy a preview clip of the end credits song, Disappear.