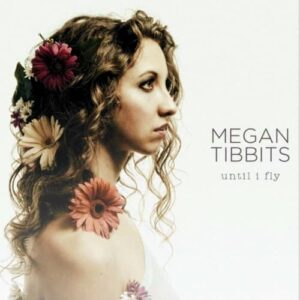 Megan Tibbits: Until I Fly

For the past several months I’ve been working on producing a new album for Los Angeles singer-songwriter Megan Tibbits (web site/Twitter/Instagram), and Until I Fly (iTunes) has just been released.

Megan’s music is light acoustic pop and she is a phenomenal vocalist as well as an acoustic guitarist. Working on this album, we sought to breathe some new dimensions into her songs, which were all conceived as acoustic guitar and vocals, by bringing in a band which could add more groove to her acoustic-based songs. We did a live session at the beautiful Studio Wishbone in North Hollywood, CA, featuring Valerie Franco (drums), Dan Lutz (bass), Anthony King (guitars), and myself on Rhodes and synths. During one live tracking day, we got the bones of about six songs recorded. Over the following few months, we recorded many vocal, horn, guitar, keyboard, and harp overdubs until the project finished up. Also working on the project were producers and engineers Matt Bang, Davide Fant, and Nicolas Blomberg, guitarist Phillip Meneses, and cellist Hans Anderson.

Until I Fly is now available on iTunes and everywhere else one buys or streams music. Check it out; it’s a great fun pop/R&B record!