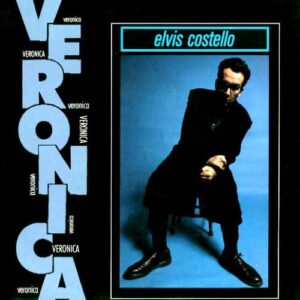 I’ve long been enamored with genius songwriter Elvis Costello’s single Veronica, an upbeat catchy drama with an incredibly profound juxtaposition of irony between its sentiment, lyric, and feel. Co-written with Paul McCartney and released on his 1989 album Spike, Veronica proved to be one of Costello’s most enduring songs.

The song, Costello says, was written about his grandmother’s Alzheimer’s disease, and the lyrics vividly explore the reality of dealing with the past and present of a loved one in varying degrees of normality, abnormality, heartbreak, and helplessness. Musically, the upbeat, catchy feel is a startling contrast to the tragedy in the lyrics, which swing from the verses wistfully remembering the person she was:

Well, she used to have a carefree mind of her own

And a delicate look in her eye

These days, I’m afraid she’s not even sure

If her name is Veronica

Veronica sits in the favorite chair

She sits very quiet and still

And they call her a name

That they never get right

And if they don’t, then nobody else will

Do you suppose that waiting hands on eyes

Veronica has gone to hide?

And all the time she laughs at those

Who shout her name and steal her clothes

Musically, the verse is a perfect storyteller’s setting, with a quick pattern of cyclic chord changes and lots of syllables which enable Costello to spin the tale. But the chorus is emotionally extraordinary: the first three lines hang high in his vocal range, producing a strident, charged tug of war of emotions. When he finally resolves it on the words “Veronica, Veronica” (1:13) there’s a beautiful and striking major 7th interval, followed by a rich inverted 9th chord that alters slightly to a diminished before we hit the V chord and then get back to the tonic for the verse.

Interestingly, the song has a bridge, but it comes in a very unusual place: between the second verse and second chorus. Both lyrically and musically, it’s a tangent — as if the Alzheimer’s patient is temporarily lost in a train of thought trying to recall an affair on a cruise from her past:

On the Empress of India

And as she closed her eyes upon the world

And picked upon the bones of last week’s news

She spoke his name out loud again

And then after this tangent, we plummet back to the rocky chorus. I think a crafty move like this is an example of Costello’s genius. The bridge is completely unexpected, and almost feels like it could derail the song, but instead it lets him lead us on a beautiful tangent that reconnects the verse and the bridge.

As an interesting aside for Beatles and McCartney fans, much was made in the late 80’s of Costello and McCartney doing some co-writing together. While John Lennon had been McCartney’s songwriting partner for a good part of the 60’s, McCartney never formed another enduring co-writing relationship with an equal after that, and when he got together with Elvis Costello in 1987, Veronica was the first of several songs they co-wrote together. Some of the others ended up on McCartney’s 1989 album Flowers in the Dirt (You Want Her Too, My Brave Face, Don’t Be Careless Love) and on Costello’s Spike (So Like Candy, Playboy to a Man, Pads, Paws, and Claws), while others were never released but are prized by bootleg collectors.

For additional reading, check out American Songwriter’s take on this song.

David Das @daviddas
14 hours ago
Ever wanted to hear Aaron Copland in rehearsal? It's a peek into history: https://t.co/dGNzPsIfpH
View on Twitter
0
0