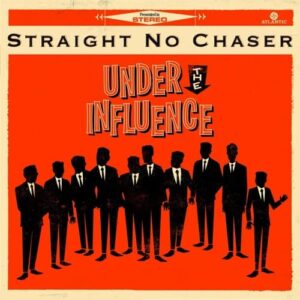 Straight No Chaser: Under the Influence

The superstar a cappella group Straight No Chaser’s new album Under the Influence is released today on Atlantic Records. I had the privilege of working on the project as engineer and editor.

Under The Influence sees the acclaimed a cappella group reimagining a selection of their all-time favorite songs alongside many of the superstar artists and undisputed music icons that made them famous. Produced by Mark Kibble, founding member of the legendary a cappella group Take 6 and one of Straight No Chaser’s primary influences, the album includes unprecedented collaborations with some of popular music’s best and brightest — including Phil Collins, Dolly Parton, Rob Thomas, Seal, Sara Bareilles, Stevie Wonder, Elton John, and Jason Mraz — as Straight No Chaser put their distinctive and inimitable spin on songs known and loved the world over.

Recording a group like Straight No Chaser presents unique challenges because of the many layers of vocals — leads, backgrounds, basses, percussion, and textures — that have to be performed, recorded, and synced properly. The arrangements often feature layers that go in and out and around each other. Finally, making the entire group sit in the mix behind the lead vocal performance adds another dimension to the complexity.

Check out the brand new album on iTunes or Amazon. Here’s a little behind-the-scenes video shot during the sessions:

David Das @daviddas
15 hours ago
Ever wanted to hear Aaron Copland in rehearsal? It's a peek into history: https://t.co/dGNzPsIfpH
View on Twitter
0
0