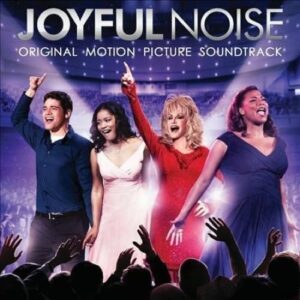 Joyful Noise, a musical film starring Dolly Parton and Queen Latifah, has just been released, and I had the chance to work on the music for the film in a variety of behind-the-scenes aspects, including preproduction, keyboard work, drum programming, horn arranging, engineering, and assisting the composer for the movie, Mervyn Warren.

From the IMDB entry: “Joyful Noise is the story of a small town choir out to win a national competition despite overwhelming odds. A story of faith and determination by the choir leaders (Queen Latifah and Dolly Parton) and the young talent who give their all to win God’s praise and beat the competition for the grand prize.”

David Das @daviddas
4 days ago
I was interviewed by the Thumpmonks podcast...had a great convo about music and biz and creativity. Check it out: https://t.co/6wIz9M7paW
View on Twitter
0
0

David Das @daviddas
1 week ago
I hope @apple tech support can help with this, because this game has me all kinds of happy. #oregontrail #macos8 #vintagemac #Macintosh https://t.co/zojAfIXk0n
View on Twitter