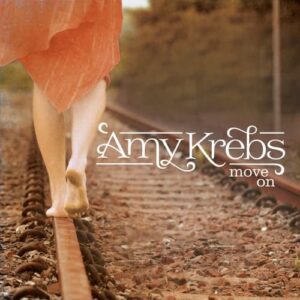 I just wrote and produced a new single for Amy Krebs called Move On. It’s available for purchase at iTunes and for streaming at moveon.viinyl.com.

Amy is a pop/R&B/soul singer-songwriter who appeared on the sixth season of American Idol. She is a great songwriter with a haunting voice reminiscent of Adele. I like to call her my “female Peter Gabriel” and we have some more projects in the works that’ll be seeing the light of the day in the months to come. 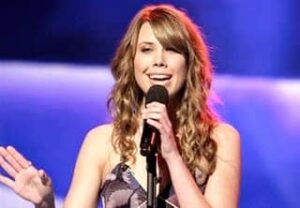 The genesis of Move On is that of a simple heartbreak song. The acoustic guitar offers a steady 6/8 triplet pulse, accompanied minimally by a Mellotron flute, Beatles-esque upright piano, and string quartet. While others often take days, weeks, or months, this was a quick song to write; the writing process took only a couple of hours, after being inspired by the breakup of a friend. Have a listen:

You can find it on iTunes.

There’s someone in my mirror crying

And there’s nothing to make it alright

The story came to an obvious ending

Now the pain is frustrating my fight

So if there’s no way to change it

And push through the hurt that surrounds

If there is healing in sorrow I’ll be fine tomorrow

I’ll take what I’ve got and move on

There’s a fountain inside that is waiting

A flood that would bring down the dam

If I let it explode would it drown me

If I hold it back what if I crack

They say there’s no way to change it

They say time could erase it

Can none else assuage it

I’ll take what I’ve got and move on

Words and Music by David Das